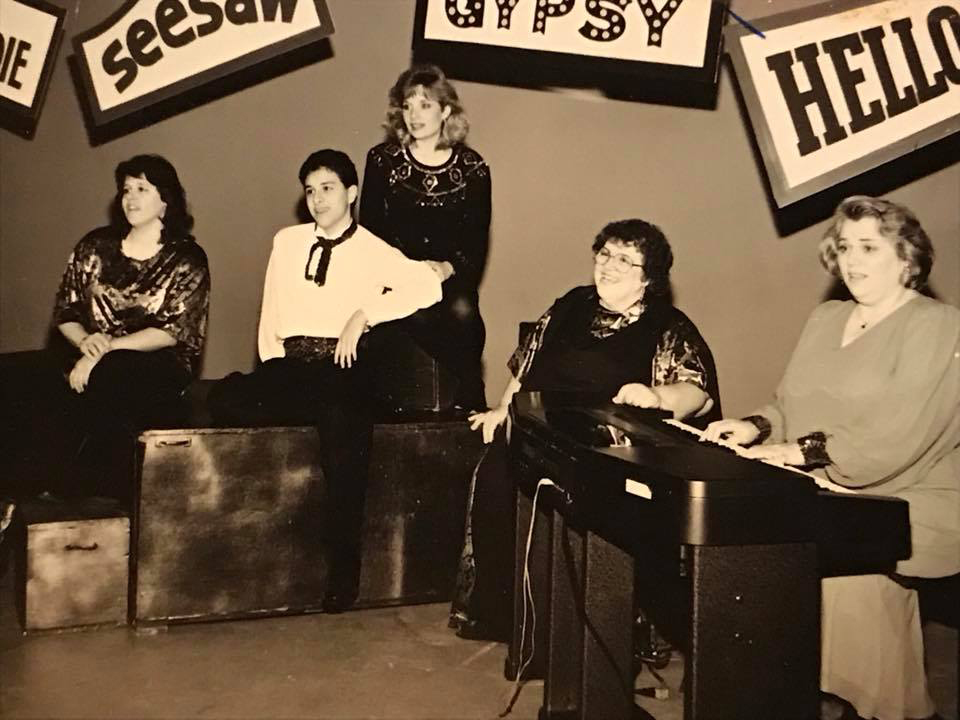 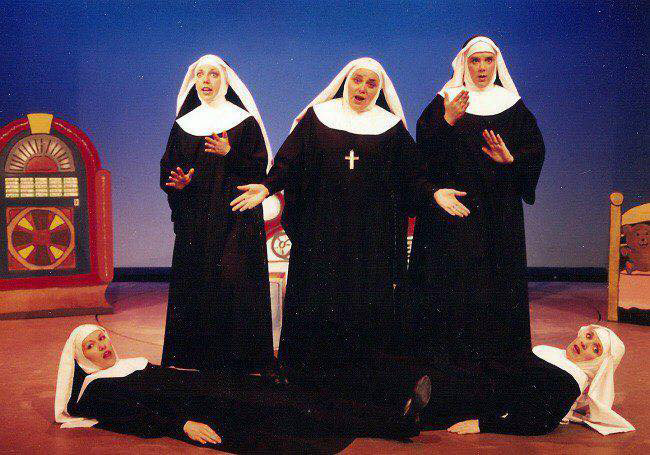 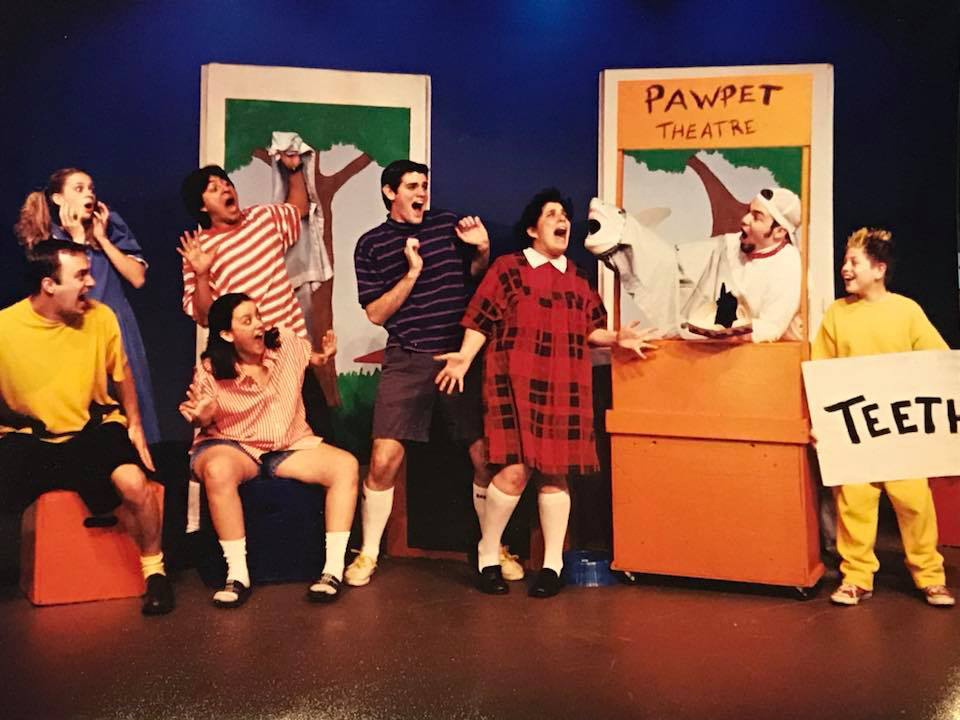 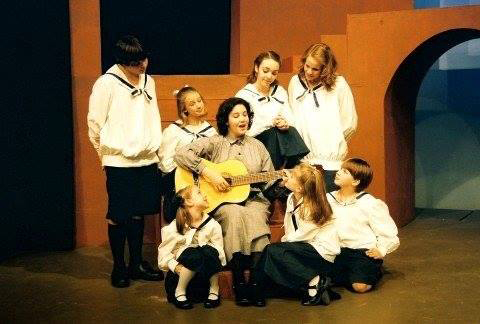 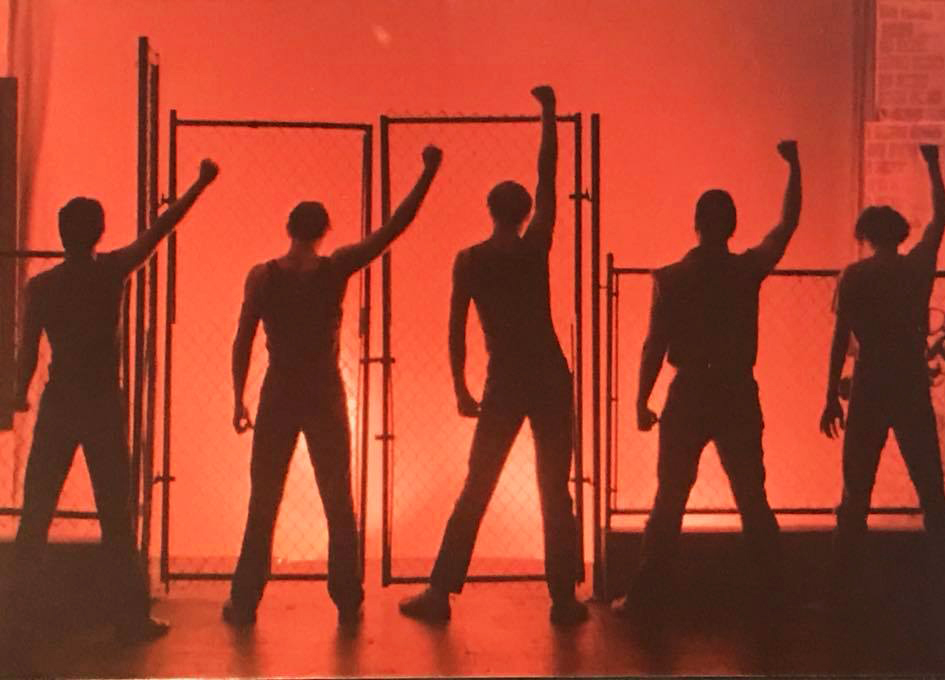 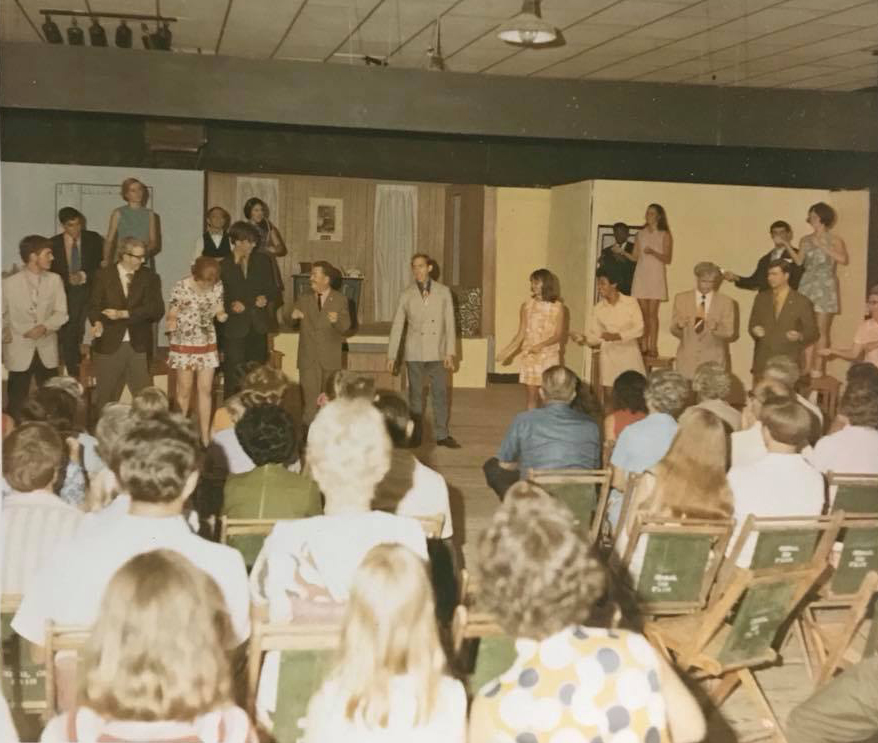 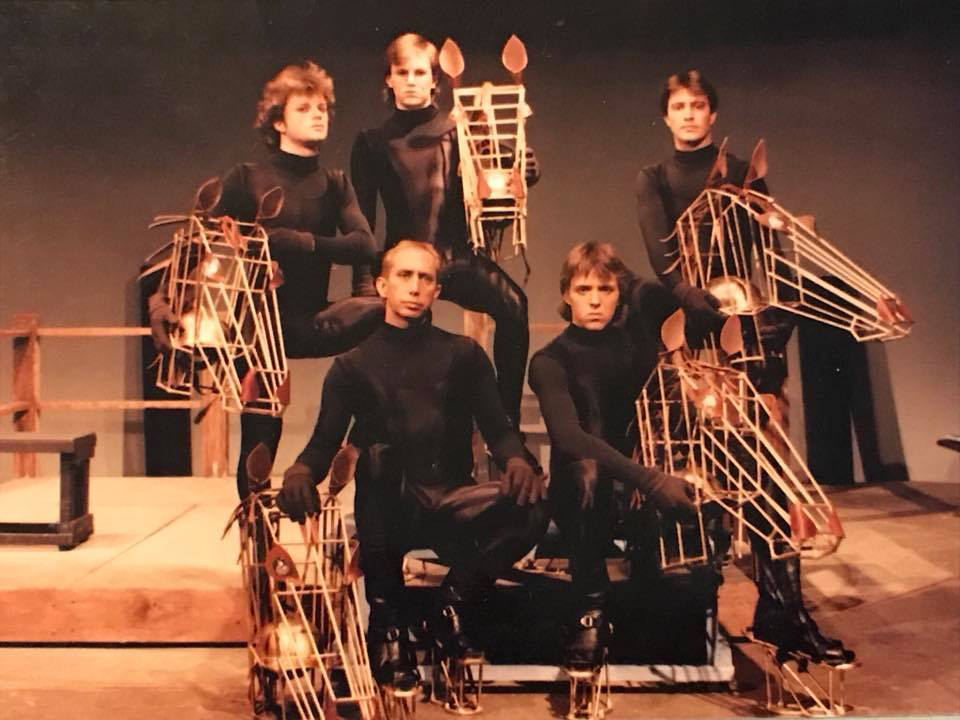 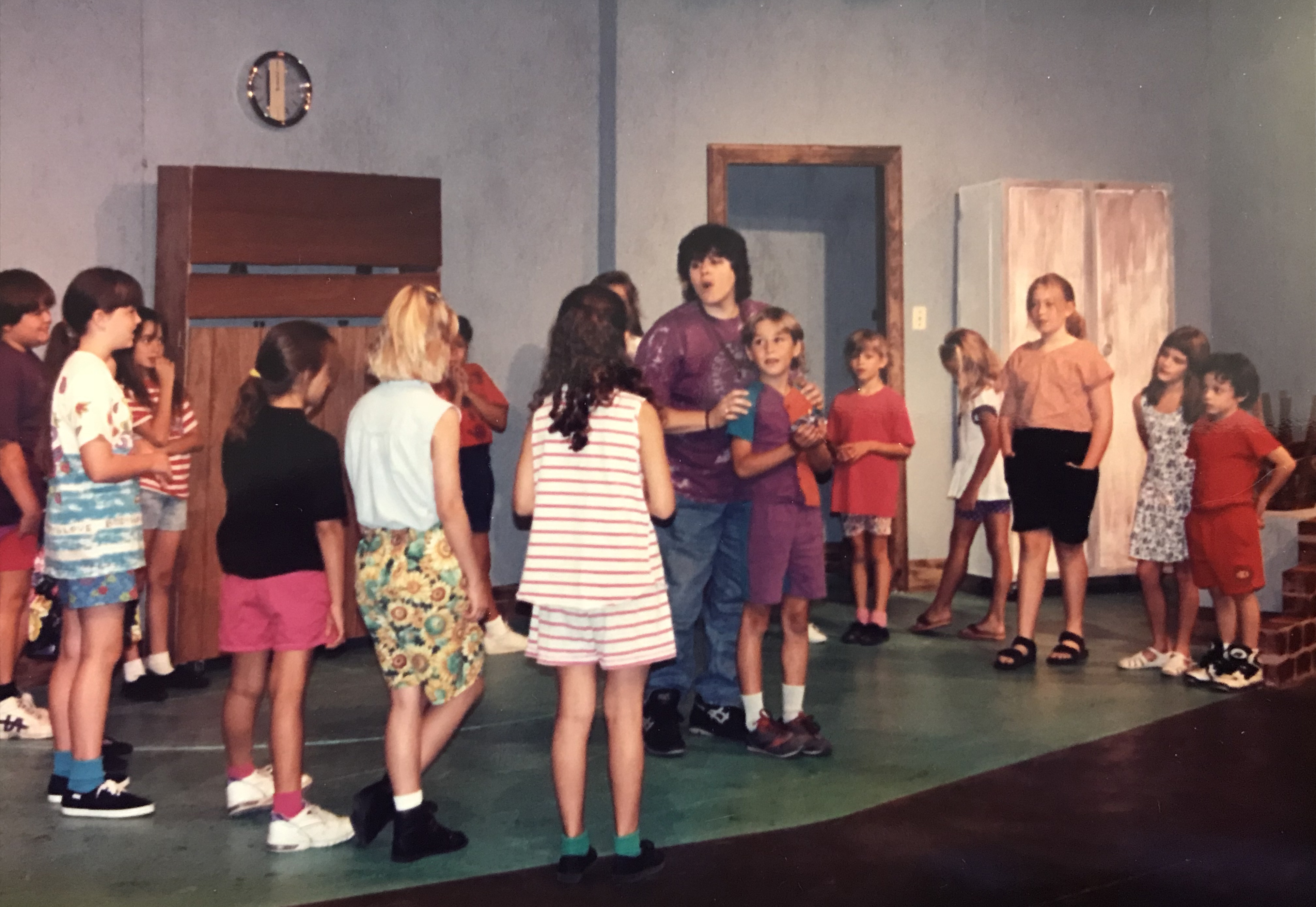 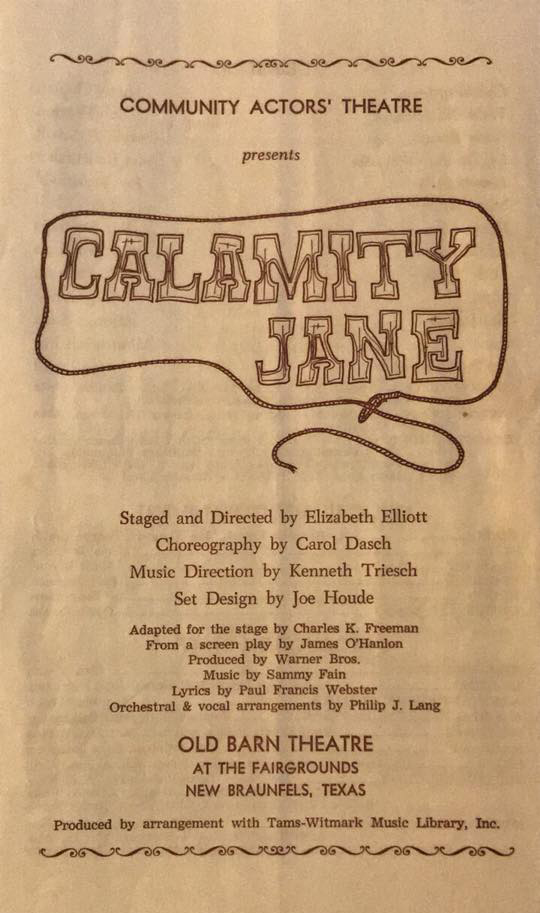 Circle Arts Theatre was founded by Elizabeth Elliott in 1968, originally called the Community Actors Theater (CAT), in an old exhibition hall on the fairgrounds. The fledgling group produced one play in 1969, “Calamity Jane.” In 1971, the WurstFest Association approached Elizabeth with a request for the theatre group to produce an original, old-fashioned melodrama each year for WurstFest, and in return, they would provide a building in Landa Park for the theatre’s use. Thus, Circle Arts Theatre was created, and a new, original melodrama has been performed every year during Wurstfest since.

Circle Arts Theatre’s first full season was produced in 1972, opening with “O Men! O Women!” The play opened on May 11, which was the night of a great flood. The following weekend, however, saw a packed house for the inaugural play. Elizabeth Elliott remained the catalyst behind the success of the theatre company, personally involved in every aspect: directing, acting, promoting, and handling the business end, as well. The company went on to great success, adding to the number of plays produced each season. In 1978, Elizabeth then developed classes to educate children 7-14 in the theatre arts, called The Fantasy Factory, in order to encourage self-discovery and build self-confidence, while teaching the discipline of theatre. The theatre school is still in existence and is now known as Circle Arts K.I.D.s (Klasses In Drama). In 1979, Circle Arts was awarded a Texas Commission on the Arts for that youth enrichment program.

The theatre’s touring performance group, The Inner Circle, was begun in 1978 and features high school teens who tour Comal Country performing plays with a moral lesson in elementary schools, bringing live theatre to over 120,000 school children. These teens meet twice a week to work on their skills and rehearse the touring skits, and their season culminates in an end-of-year show of their own choosing, which they also perform at the Texas Non-Profit Theatre (TNT) conference. They earn their classes and TNT tuition via volunteer hours to the theatre; each teen donates a minimum of 100 hours each year.

Circle Arts Theatre won the Texas Festival of Community Theaters State competition in 1981, with its production of SEASCAPE by Edward Albee. In 1985, Circle Arts once again proceeded to the State competition, and continued to win awards in the following years for costume and graphic design.

The 20th Anniversary Gala was celebrated in 1988 with a special guest celebrity, distinguished actor Morgan Woodward, and the 25th Anniversary Gala in 1993 was highlighted by a video montage of performances from the preceding 25 years.

Elizabeth’s daughter, Roberta, grew up in the theatre, learning tech, acting, and directing , then the business side of the business as well. Roberta took over as Executive Director when Elizabeth passed away in 2008.

The Board of Directors of Circle Arts Theatre has currently provided more than $200,000 in renovations and repairs, vastly upgrading the city-owned building which they lease. The Board also provides scholarships to graduating high school seniors of the Inner Circle touring group. Circle Arts has further given more than 110 performances to benefit other local non-profit organizations, and the K.I.D.s classes collect donation items for a chosen non-profit at each performance.

Circle Arts Theatre has now staged more than 190 major productions, 15 children’s theatre shows, and over 45 melodramas. We hit a milestone with our 50th Anniversary Gala in September of 2018. Circle Arts is dedicated to the pursuit of excellence in the performing arts, and the affirmation and growth of the human spirit.